Arthropods are common pests that can be abundant and bothersome inside the household. As such, many people seek out natural insect repellent that won’t be harmful to the environment. The mint plant is commonly suggested as an insect repellant by nonscientific sources and essential oil companies despite mixed evidence to support that claim (Cloyd, Keith, Kalscheur, & Kemp 2009; Koc, Oz, & Cetin 2012). This experiment seeks to test the validity of essential oil claims by investigating mint’s potential to deter pill bugs (Armadillidium vulgare).

Previous research indicates both that pill bug behavior can be altered by nearby scents, and that mint oil can potentially repel insects. This experiment will combine this previous research to determine the effectiveness of crushed dried peppermint leaves as a natural deterrent to pill bugs. We hypothesize that whole crushed dried peppermint will serve as a natural repellent to arthropods.  We predict that when placed in a choice chamber pill bugs will move away from the peppermint leaves. In our experiment, we predict that placing peppermint oil in a habitat will act as a deterrent, causing pill bugs to avoid the oil.

Twelve Armadillidium vulgare will be stored in a faunarium with an inch of plantation soil on the bottom with leaves and twigs to cover the soil surface. This will serve as the crustacean habitat while the bugs are not in the choice chamber. The pill bugs will be fed daily with a spoon full of fish flakes and misted with tap water to keep the habitat moist. The faunarium will be stored in the [Redacted] animal prep room with a cover to keep them dark. The choice chamber will be set up with moist plantation soil in one chamber and  crushed peppermint leaves mixed with moist plantation soil in the other chamber. The pill bugs will be placed in the choice chamber one at a time in the middle of the two chambers to avoid providing bias to the bugs. Each bug will be given two minutes to move towards one side of the choice chamber. The chamber they move to will be considered the preferred habitat. If the bugs do not go towards a side they will be placed back in the housing habitat while the rest of the Armadillidium vulgare are in the choice chambers, then retested at the end with the same protocol. The bugs will test in no particular order, but will be separated after choosing a chamber to ensure no duplicate data.

If the pillbugs, all or majority, move towards the plantation only soil this will confirm that mint deters the crustaceans.  In the case that all or most of the bugs move towards the soil with crushed mint, this would conclude that the bugs prefer a habitat with mint scent, oil, or other characters of the mint leaves. The bugs could also be placed in the choice chamber and not move from where they are placed, roll into a ball, or explore the chamber without going to a side. This would give no data to the type of habitat the Armadillidium vulgare prefers in regards to mint. 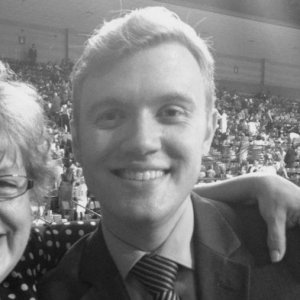 Hi, I’m Ryan and I own MisterMiceGuy.  I am a scientist and animal breeder passionate about education.  Specifically I want to teach people about animal breeding, Animal Behavior, and Genetics.

I am also a member of the Fancy Mouse Breeders Association.  My goal is to use fun and interesting looking mice to help people learn science. 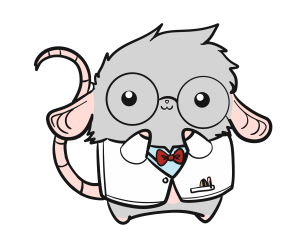